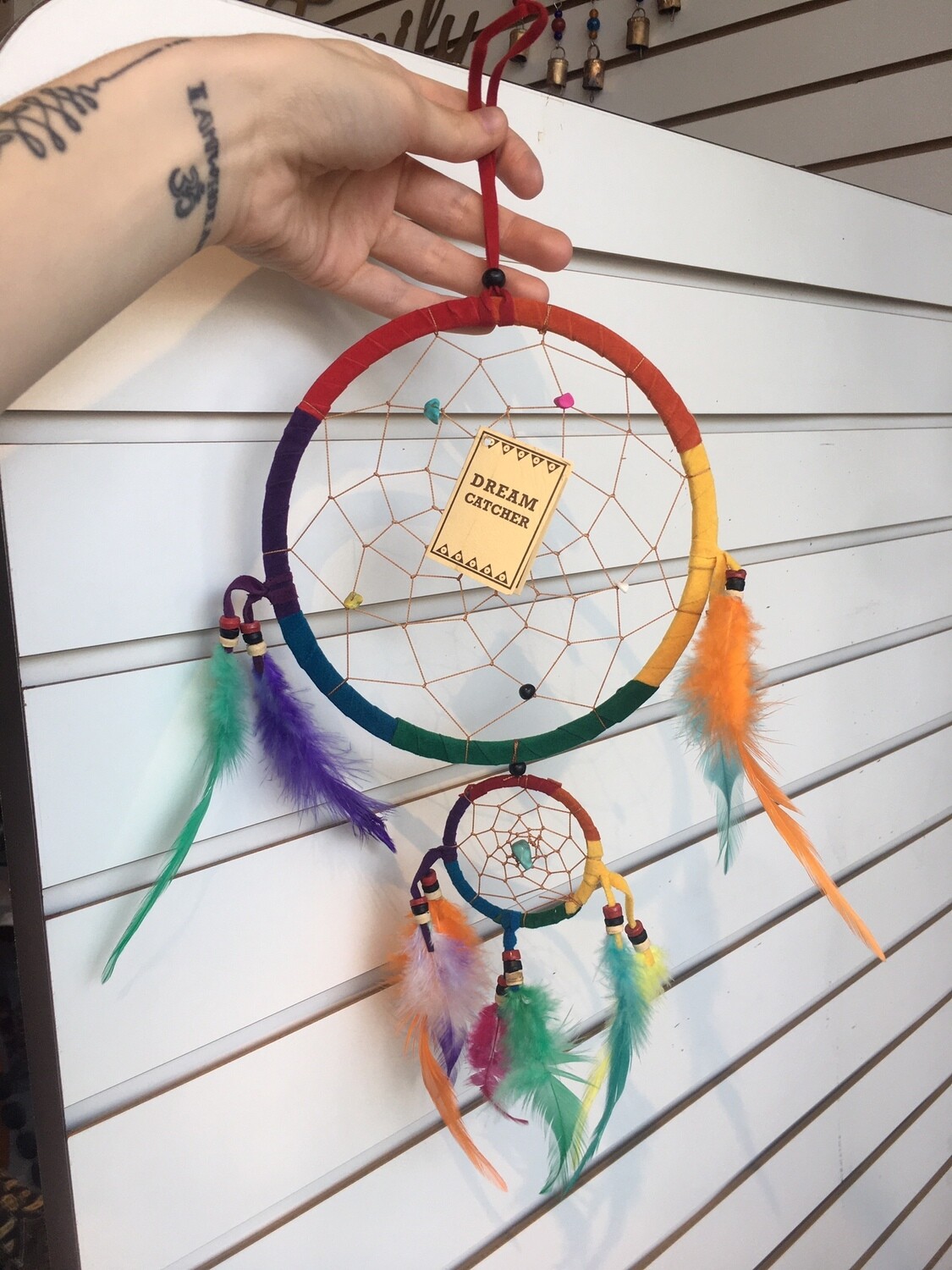 The large ring is 6.5 inches wide.

The meaning of dreamcatchers and the beliefs surrounding their construction originate from Native American cultures. The dreamcatcher is a protective talisman that is used to protect people from nightmares and bad dreams. The charm was usually used for young children and hung above their cradles or beds.

Native American cultures believe that both good and bad dreams fill the air at night. The dreamcatcher acts like a spider's web by trapping the bad dreams or visions while allowing the good ones to filter through. The bad dreams caught in the web get destroyed when the sunlight of morning hits the dreamcatcher, while the good dreams filter down through the feathers and gently reach the sleeping person below.

Dreamcatchers can also be considered as apotropaic charms that provide protection from any kind of evil influence, not just from bad dreams and nightmares. Some cultures, like the Lakota, believe that dreamcatchers work slightly differently as their legend states that the good dreams or ideas would become trapped in the web while the bad ones would pass right through the hole in the center and would be gone forever.

Save this product for later
Scroll to Top